How Great Is God? 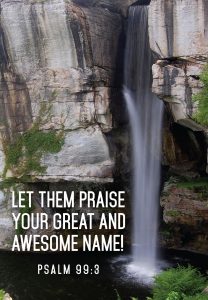 The current controversy over who should be admitted to our nation as refugees has created a great deal of heat. The pulpit is not the place to rehash those controversies, but to point us as God’s people to pray for those in authority and to pursue justice and mercy—in all areas of our lives. There is an issue even more important than who should be admitted into our nation: who properly belongs to God’s kingdom, who has entry into his nation, who are his people? Exodus 18:9-12 sheds light on that, looking forward to what Paul says in Ephesians 2:11-22.

Praise God for rescuing his people from arrogant enemies. Jethro joined Moses and Israel for a time. Jethro, also known as Ruel (possibly a clan name), was priest of Midian, and Moses had married one of his daughters. At some point after starting back to Egypt to confront Pharaoh, Moses had sent Zipporah and their sons back to Jethro. Now Jethro brings them to Moses.

Rejoice in the deliverance that God has given you. Moses recounted all that had happened, the plagues of Egypt, the parting of the sea, the bread from heaven and water from the rock. Jethro responds with an exclamation of praise. Praise be to the Lord (and he uses the covenant name for God), he exclaims. He goes on to describe how great the Lord is, particularly because he has triumphed over those who were arrogant towards his people. This praise underlines the distinctiveness of God’s people. The isolation in Egypt had kept Abraham’s relatively small clan from being influenced by and absorbed into the pagan Canaanites as they grew into a nation. They were different from the peoples around them. Similarly, God’s people today are still a distinctive people. Beware of compromising that by replacing trust in the Lord with dependence on a political leader who cloaks himself in messianic garb—regardless of which political party he or she identifies with. The health and wealth gospel is a false gospel, whether coming from the left or the right. With Jethro, see the greatness of the God who, in distinction from whatever else is worshiped, has overcome his foes and delivered his people.

Worship God together with all of those he has redeemed. Jethro joined the leaders of Israel in worship—anticipating greater worship to come. Jethro, like Job, is one of those exceptional people in the Old Testament, outside the line of Israel, but worshiping the true God. At the end of the chapter Jethro returns to his own country, although we find later that one of his sons, Hobab, travels with Israel and identifies with them (see Numbers 10:29-32; Judges 1:16; 4:11). Here, Jethro brings a burnt offering (a sacrifice of dedication) followed by a fellowship meal, eating in God’s together with Moses, Aaron, and the elders of Israel. The Lord’s Supper looks back not just to the Passover, but to all the Old Testament sacrifices. Never lose the sense of awe that God invites you to eat in his presence, but also remember that it is a communal meal, not a private, individual one.

Jethro, the Gentile, joins in worship. He anticipates what will will happen when the Messiah finally comes. No longer will the worship of the true God be limited to Israel, but the nations will come in on an equal footing. “Jethro saw in the rescue from the power of the Egyptians and of Pharaoh proof that the Lord was greater than all other gods, . . and, of course, especially the gods of Egypt. He thus perceived the spiritual background of the events of the Exodus and wilderness journey, even though he was a Gentile; his praise was a prophecy of the future recognition on the part of the nations, those who were not descendants of Abraham, that none among the gods was like the God of Israel (cf. Ps. 86:8-10). In Jethro, the Lord showed Israel that, although the law would later be given to Israel alone, He was faithful to his promise of Genesis 12:3. . . .” W. H. Gispen, Exodus, p. 175).

Give thanks that the wall of partition has been broken down. What Jethro’s sacrifice and meal anticipated, Paul describes in Ephesians 2 as having happened in reality in the work of Christ Jesus. He has brought you near to God by the shedding of his blood as the ultimate sacrifice. He has proclaimed peace—first of all peace between a holy God and you, a sinner. But that peace between God and man has reached out horizontally as well. The wall of partition between Jew and Gentile has been broken down. Divisions which were deeper than the rifts in our culture have been overcome in Christ. God has brought you into his presence and has made you his people.

Join together in being God’s dwelling. Before Jethro leaves, he gives some good fatherly-in-law advice. Observing how Moses was wearing himself out in administering justice and settling disputes, he recommends that Moses appoint elders to help in the task of overseeing. The concept of elders in the church did not originate in Acts as Paul ordained elders in the newly planted congregations. Nor does it spring up in Ephesians 4 or Paul’s pastoral letters. Rather, Paul simply appropriates and applies to the new churches, the office that Jethro, the Gentile, had suggested to Moses. The New Testament church, like the nation of Israel, needs administration. Instead of being aliens and foreigners you are now being built into a building, a temple, not made of stone but of the people of God. And that temple, by the powerful working of the Spirit of the risen Christ, becomes the dwelling place of God himself!