Have You Heard the Voice? You Will! 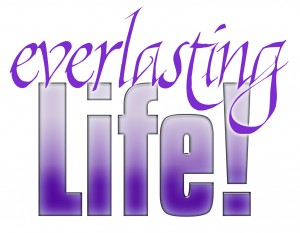 Just over a year ago the Commander in Chief of the United States spoke certain orders. In response teams of Navy Seals put into action operation Neptune Spear, which resulted in the death of Osama bin Laden in Abottabad, Pakistan. Those words mattered because of who spoke them, because of the office he held.

Jesus speaks in John 5:19-30 of the day when the Son of Man will speak and all who are in the graves will come out. That amazing event will result because of his authority as the Son of Man. That title, a favorite on that Jesus uses for himself, refers to the authority, glory, and power which has been given to him as the Redeemer of his people. Look at Daniel 7:13-14 for the primary reference to it in the Old Testament.

In the last chapter of Daniel the prophet looks forward to the day when all the dead will be raised, the righteous for life everlasting, and the wicked for judgment. In John 5 Jesus tells his hearers that he is the One who will speak and at whose voice the dead will rise.

Jesus’ words have rich comfort for those who die believing in him. Your comfort is not only the end of earthly suffering and temptation, not only your immediate presence with the Savior, as important as those are. The Bible keeps pointing you to the glory of the resurrection. The day will come when the powerful voice of the Son of Man will in some mysterious, wonderful way knit the molecules of you body together again and you will be raised. That physical, bodily resurrection reminds you that God is concerned, not only about what is sometimes called your spiritual life, but also about all that you do as a person.

But there is also warning involved. Those who have done evil, whose lives have focused on worthless things, will also be raised. But their resurrection is for judgment. They will hear the voice of the Son of Man saying, “Depart from me.” You cannot escape dealing with Jesus. One way or the other, you will hear his voice in the last day!

However, Jesus graciously gives you the opportunity to hear his voice today: “Whoever hears my voice and believes him who sent me, has eternal life and will not be condemned: he has crossed over from death to life” (John 5:24). G. K. Beale reflects on the already and not yet character of the prophecy of the resurrection in Daniel 12 as Jesus echoes that language in John 5: “Daniel’s end-time ‘hour’ of resurrection has begun, but it will be completed in the future. How has the final resurrection begun? . . . Jesus is saying both that this prophecy is beginning fulfillment and that it is beginning ‘literal’ fulfillment. . . . It is being fulfilled in a staggered manner: first, in this age, believers are raised spiritually from the dead, and then, beginning in the new eternal age to come their bodies will be raised” (New Testament Biblical Theology, pp. 132-133).

Hearing the voice of Jesus today involves really hearing, truly paying attention. It involves understanding who Jesus is. He makes the astounding claim that whatever the Father does, the Son also does. He is Son of Man and he is truly Son of God. It is a passage about love: the Father loves the Son. This chapter of John’s Gospel is pivotal in your understanding who Jesus is. As the leaders of Israel grasped the sweeping claims Jesus was making here, their opposition to him hardened and focused, eventually leading to the crucifixion of Jesus described near the end of the Gospel.

Of course the death of Jesus is not the end of his story. He was raised triumphantly. And all those who trust in him share in that life. You have crossed from death to life, and in the last day you will hear him calling you out of the grave to an eternal life of glory and fellowship with and service of him. Listen to his voice today!