But We See Jesus 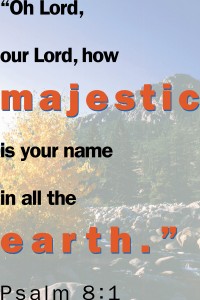 On Ash Wednesday, March 5, 1522, Ulrich Zwingli, preacher in Zurich, Switzerland, was at a dinner hosted by a publisher in the city, when the host served and ate a piece of fried sausage. This was a violation of the mandatory fast of Lent. On March 23, 1522, Zwingli preached against the mandatory fast of Lent. This event and the controversy around it led to the city coming into the Reformation. You can listen to Glen Clary describe the details: http://reformedforum.org/ctc357/. The churches of the Reformation rejected the observance of Lent as compromising the idea of justification of faith in Christ alone. There is nothing we can do by way of penitential (or quasi-penitential) rites that that can prepare us for the Lord’s presence. Rather than trying to make ourselves worthy, you need to look where Hebrews 2:5-9 points you: to see Jesus!

Who rules “the world to come,” Hebrews 2:5? The world to come could be described as Christ’s kingdom, as his church. It began, in its New Testament sense with his death, resurrection, and ascension. That world (Paul would call it “the age to come”) is the subject of the letter. You belong to the world to come, but, like Israel in the desert, you are a pilgrim people, still on the journey. Authority in that world is given, not to angels, but to Christ. The Son of Man is exalted. Though in Psalm 8 the phrase parallels man, it is rich in meaning. Daniel 7:13,14 speaks of a glorious Son of Man. That carries over into Christ’s use of the term. The author of Hebrews, writing after the resurrection and ascension, cannot use the term without reflecting on Christ’s glory. “The world subjected to angels is the old world; the new is under the man Christ, and with Him under all mankind.” (Geerhardus Vos, The Teaching of the Epistle to the Hebrews, p. 51).

You see Jesus crowned. He was crowned because of his suffering and death. The purpose of Christ’s humiliation was his redemptive death. But that death is the reason for Christ’s exaltation. Because he suffered, he was crowned. Christ’s sacrifice of himself was acceptable to God. He emerged triumphant from the battle with Satan, v.14. His triumph follows his purging of sins, Hebrews 1:3. “We do not yet witness this state of affairs in which all things are made subject to man. Therefore this state is first realized in Christ, but not without sin and redemption. Christ realized it through suffering and death. The creation goal must now be realized by man in a roundabout way, through redemption.” (Geerhardus Vos, The Teaching of the Epistle to the Hebrews, pp. 98,99).

How is he exalted? He is crowned with glory and honor. All things are subject to Christ. Sin interfered with Adam’s dominion over creation. The earth was cursed, even though man continues to have dominion. All things are subject to the Second Adam. In Christ you can exercise dominion to God’s glory. It might not appear that all things are subject to Christ. There appears to be plenty that is in rebellion against Christ. He is the ruler, but subjection is still going on. The victory has been won, but the triumph is not yet complete. Don’t mistake present rebellion for a defect in Christ’s rule. Don’t let externals blind you to the realities of the world to come. Christ is truly King. He wears the crown. Glory and honor belong to him, Philippians 2:8-11; Hebrews 1:2-4.

Christ died in your place. He was your substitute. “For” means “in the place of.” Who is “everyone”? Is this universal atonement? Christ died for his people, for sons brought to glory (v.10), the sanctified (v.11), his brothers (v.12), his children (v.13). Why does Hebrews emphasize “everyone”? To combat Jewish exclusiveness, and to assure you of your inheritance. Christ offers, not a chance at salvation, but full, free salvation. Christ tasted death. He experienced the wages of sin (which led to his cry, “Why have you forsaken me?”). He knows your frailty and suffering, v.18. He did this by God’s grace. The credit for salvation goes to him, not to you. He is the only Redeemer, the perfect Savior.

“We see Jesus.” Do you see him? Are you blinded by appearances and distracted by what you are trying to do, or do you see him crucified and glorified? Do you see the Lord who tasted death for you?