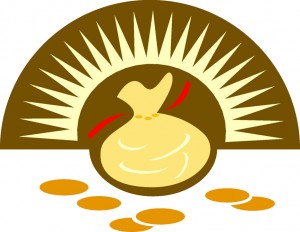 As you trace the journey of Dante, the great Italian poet, in the Inferno, the first book of his trilogy, you find him, led by Virgil, descending deeper and deeper into hell. At the lowest point, at the very center of hell, being eternally consumed by a three-headed Satan, you find Judas, together with Brutus and Cassius, the betrayers and murderers of Julius Caesar. The Apostle John (John 13:18-30) cannot mention Judas without describing him as the one who betrayed Jesus. Is the sin of Judas simply treachery, which would make him parallel to other betrayers? What if there is something unique going on? Or worse, what if the sin of Judas is a temptation that you and I face?

Understand what is happening as Judas betrays Jesus. Judas did turn against the Lord after Jesus had selected him, along with the other 11, to be his disciples. He held a position of responsibility, entrusted with the finances of the group. Given that Jesus could take a morsel of bread and place it in his mouth at dinner, he likely sat in a place of honor at the Last Supper. Betraying Jesus was an act of unspeakable treachery. But if betrayal is the only problem, what makes him worse than Brutus, Benedict Arnold, or Harold Nicholson? What if the heart of his sin is something far closer to you and me?

Judas may well have started his time as a disciple of Jesus with the best of intentions. But over time, Jesus failed to meet his expectations. He wasn’t turning into the kind of messiah that Judas expected. Inexplicably, as the crowd hailed him as he entered Jerusalem, Jesus declined to take a crown and set up a kingdom. Here he was at the Passover, celebrating the meal in a borrowed room. And this “king” has just done something most unregal—he has washed the feet of the twelve. The brooding of Judas over missed opportunities may have turned into disappointment and hatred. Finally he accepts the offer of the leaders to betray Jesus.

The action of Judas was unique. But his problem with Jesus is a modern one. Many are willing to have a Jesus who meets their expectations, perhaps as an example, or even a teacher, but are unwilling to acknowledge him as Savior. That would mean confronting their own sinfulness.

But more than the bitter disappointment of Judas is at work here. John has already told you that the devil had prompted Judas to betray Jesus, v. 2. The devil, who had opposed Jesus at countless points, is behind the plot of the priests. He motivates Judas to carry out his plan. The conflict that began in Genesis 3 is coming to its sharp conclusion.

Pay attentions to warnings! In v. 18 Jesus had made clear that among the twelve whose feet he had washed was one who was not clean, though he was among those who had been chosen to be his disciples. He even quotes Psalm 41 referring to the ungrateful, contemptuous act of lifting the heel against the one with whose bread he had eaten. Once more Jesus is deeply troubled and exclaims that one of them, one of the twelve will betray him. In response to John’s whispered question as to who that will be, Jesus takes a small piece of bread, dips it, and gives it to Judas. One more time Judas is given the opportunity to repent. Instead, he hardens his heart, and John, in his only use of Satan’s name, tells us that with the bread, Satan entered Judas. Jesus’ word has an effect, just as his giving the bread has an impact. That is one of the reasons the Lord’s Table is guarded by warnings. You cannot partake neutrally. The sacrament, like the Word, results in blessing or judgment. As K. Schilder writes: “His sop, His gift, and His touch are never ineffectual. His act makes an apostle or an apostate of a man. The bit of food which He gives in a moment of crisis is the transition to a first Holy Supper, or it is a catalyst, whipping years of sin into final culmination. When Jesus gives us food, whether by means of the organs of sense, or by means of the Word, the life process is quickened, whether it be good or evil.” (Christ in His Suffering, pp. 175-176).

Although Judas figures prominently in this passage, don’t lose sight of the central figure, the Lord Jesus. Recognizing how unsettling the treason of one of their own will be, Jesus reminds the twelve that he is in control. He chose them to be his disciples, knowing which one of them would do this. Don’t let the tragedy of apostasy shake your trust in the Savior.

Jesus, who could have denounced his betrayer, instead tells him to go quickly to do what he is about to do. There comes a point at which God abandons the rebel to his rebellion. Beware of that! But Jesus is also in control. Judas has his scheme. Satan has entered the traitor and is working to remove Jesus. The priests have their plot. But the sacrifice of the Lamb of God will happen when his time is fulfilled.

John describes Judas going out immediately, and adds, “And it was night.” That is more than a description of the time of day. This is the hour of darkness. The light of the world is about to be executed. It is night, but beyond the night lies the dawn of the resurrection, the glorious light of the triumph of the Savior.