“And Behold I Am Alive Forever and Ever!” 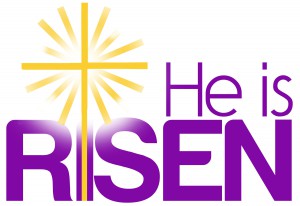 You have heard of the attacks in Kenya, where Christian students were specifically targeted and shot. The seven churches in the province of Asia would have understood. But even if we don’t face martyrdom, we do stand beside freshly dug graves. We do contemplate our own deaths. Jesus, addressing his faithful apostle in Revelation 1:17-18, comforts him—and you—with the knowledge that he is alive!

Do not be afraid! That is the reassurance Jesus gives, event thought his overwhelming holiness and majesty give reason to fear. We too casually enter the presence of God—because we fail to grasp both his holiness and our sinfulness. John’s reaction was anticipated by Isaiah when he saw the glory of the Lord filling the temple.

But, like John, you can feel the touch and hear the voice of your Savior. The Lord takes the initiative and reaches out to his apostle. John, who had leaned against Jesus at the Last Supper, knew that touch. Along with the other disciples he had heard the comfort of Jesus’ command, “Do not be afraid.” The holy majesty of the Lord is displayed here, not against John, whose sins had been forgiven by Christ’s work, but against the enemies of Christ and his church. You still hear the comforting voice of the Savior as he speaks to you in his Word.

This vision, like the entire book of Revelation, is a call to you to trust in the Living One. Living is the adjective that God used frequently in the Old Testament to distinguish himself from the idols being worshiped. Although the idols may morph into different forms over the centuries, the Living One does not change. He is the great “I am.”

He is the First and the Last. Earlier in the chapter this kind of language described God the Father. Jesus appropriating it for himself affirms the message recorded in the Gospel of John, that he is truly God, that he and the Father are one. Life may appear chaotic. Drastic changes and challenges may swirl around you. Rest assured that the one who holds the churches in his hand is God from all eternity. Nothing takes him by surprise.

He was dead and is alive. He has gone through death and has emerged triumphant. Appreciate the emphasis on Christ as Victor that has characterized the worship of the church. You have the comfort of knowing that the Lord died for you. But his death was in order to his resurrection. And his resurrection is yours as well. He is the firstborn from the dead, Rev. 1:5. No wonder the church began to call the first day of the week the Lord’s Day. How hopeless you would be had the women who went to the tomb early on the first day of the week been able to complete the sad service which drew them there.

Your Lord underlines that point when he tells you that he holds the keys of death and Hades. The Latin phrase reminds you that death conquers all. But death has met its match. As the triumphant Savior, he holds the keys to death and Hades (the realm of the dead). This verse anticipates Rev. 20:14, where, upon Christ’s triumphant return, death and Hades are destroyed. Your last enemy will no longer be able to touch you if you are united to Christ by faith. Keys grant access. Because Christ holds the keys to death, ultimately there is no such thing as an untimely death—no matter how much it may appear that way to us. Geerhardus Vos writes on Matthew 16:18-20: “The underlying idea would be that Jesus through His resurrection will so fill His Church with unconquerable life infusing it into Her by the Spirit, that death will be wholly conquered by the Church (Rev. 1:18).” (Biblical Theology, pp. 427-428).

Because the tomb is empty, because he holds the keys to death and Hades, do not be afraid, but rejoice!

“Possessing a key means having power and authority. But no one on the face of this earth is able to claim power over Death and Hades. Jesus, who triumphed over death and the grave, possesses the keys to unlock them.” (Simon Kistemaker, Revelation, NTC, p. 100).