All The Fullness of the Deity 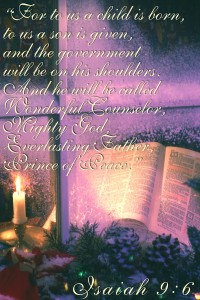 Especially at this time of year cheap imitations and forgeries are a problem. You want to be sure that your purchase is the genuine article. How much more do you need to be sure that your trust for eternal salvation is in the genuine Savior! Just as Paul warned the Colossians (Col. 2:9,10) against speculative philosophical systems that distorted the teaching of Christ or minimized his importance, so today you need to be alert for post-modern views that ignore or relativize the uniqueness of Jesus as the incarnate Son of God.

The fullness of the Deity is revealed in him. Creation reveals God’s invisible qualities, his power and divine nature, Romans 1:20. In Christ the very nature of God is revealed. In Christ you see not just the hand of God, but his very face. When you know Christ, you know God. He is the exclusive way to the Father.

The fullness of the Deity is revealed in bodily form. The word translated “bodily” could mean “truly,” “really,” or “visibly.” The more natural interpretation is to take it literally, referring to the incarnation and its result, Colossians 1:22. The One who is the eternal Word, the eternal wisdom of God, became flesh, John 1:14. The God-man is the measure of how close to you God’s revelation of himself comes.

“Anyone who reads the New Testament with the humility of believing devotion and therefore with the reverence begotten of faith must be overcome again and again with the mystery that surrounds the person and work of the Lord and Saviour Jesus Christ. . . . Jesus was indeed man. But he was also truly God. All the marks of humanity! And no less the insignia of deity! What a stupendous and incomparable conjecture! . . . By hook or by crook Satan sought to destroy the faith of the church in that which constituted the mystery and the offence of Christ the incarnate Son of God. It is no wonder that the church struggled through centuries of conflict and controversy to preserve the precious truth and to state it in the most precise and definite terms available. It is with profound gratitude to God that we should remember the issue to which these centuries of struggle came in 451 A.D. when at Chalcedon an ecumenical council was able to arrive at a statement of the faith that fixed and conserved the precious truth regarding the person of Christ, that he was truly God and truly man in one person.” (“The Redeemer of God’s Elect,” Collected Writings of John Murray, Vol. 1, pp. 30-31).

Live in Christ. You have been given fullness in Christ. He is the One in whom you are full (or complete). Without him there is an emptiness, a void, for you were created to have fellowship with God. In Paul’s day the attempt was made to use angelic beings to bridge the gap between man and God. That seems to be the direct target of Paul’s emphasis that Christ is the head over every power and authority. Today meditation, philosophy, or even science, is credited with that kind of unifying force. All such attempts fail, for the problem is worse than our creaturehood. We are sinners, rebels against a holy God.

When Paul talks about the fullness of Christ he is thinking not just of the fact that the Baby born in Bethlehem was truly God and truly man in one person. He is also thinking of what the God-man did: his suffering, death, resurrection, and ascension.

Your being given fullness cannot be separated from being in Christ, from being united with him in his death and resurrection. You have been buried with him in baptism and raised with him through faith in the power of God. Seeing the fullness of the Deity in bodily form cannot simply be a theoretical theological exercise. It summons you to faith in the Savior. Don’t miss the emphasis in the context that the headship of Christ is connected directly with the church. Union with Christ is intensely personal, but it is not only individual. To be united with Christ involves being united with his people.

If you are in Christ, you must walk in him. Paul cannot think of Christ without thinking of him as Lord. You owe him allegiance. You owe him obedience. The wonderful truth that you are in Christ carries with it the command to shape your daily life to his glory. Overflow with thankfulness (Col. 2:6). Be encouraged in heart and united in love (Col. 2:2). Live as those whose lives are hidden with Christ in God (Col. 3:3) and put sin to death (Col. 3:5).

Marvel at the incarnation. Recognize that it took place so that you, who were dead in sin, can be united to the God-man, Jesus Christ. Live as one who belongs to him.