Afraid? Or Not Afraid? 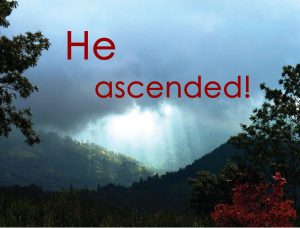 Are there things of which you ought properly to be afraid? Are there unreasonable phobias? What role does fear play in your relationship with God? Exodus 20:18-21 describes the fear of the people of Israel when God spoke to them—and the response of Moses. In what may seem (upon a superficial look) to be contradictory, he assures them that they should not be afraid, while, at the same time calling them to the fear of God. How do you, some 3,500 years later, think of God? Are you afraid—or not? Should you be afraid of God?

Do not be afraid. A holy God is someone to fear. The signs on the mountain indicated the presence of a holy God. God must punish sin. His holy nature cannot tolerate sin, Habakkuk 1:13a. With good reason Adam was frightened when God appeared in the Garden after he had sinned. John Murray writes, “When the reason for such dread exists, then to be destitute of it is the sign of hardened ungodliness.” By nature, as sinners, all of us have good reason to be terrified of God. Hebrews 10:31 reminds you that it is a dreadful thing to fall into the hands of the living God.

But fear not—God has redeemed you. Although the people were afraid for their lives, they had heard the voice of God—and were still alive! The Passover lamb had already been killed. The Exodus had happened! The great Old Testament redemptive event had happened, and they had been delivered. This God of whom they were terrified had already introduced himself in Exodus 20:1-2 as the One who had redeemed them. The One who gave the law was also their Deliverer. John Newton’s hymn rejoices in God’s grace: “’Twas grace that taught my heart to fear, and grace my fears relieved.” You, who know God in the person of his Son, the One who took our sins upon himself and satisfied God’s justice, can understand more clearly than Israel did that you no longer need to be terrified.

Yet, you are told to “be afraid of God!” Always live in reverential awe of your God. Even the seraphs in Isaiah 6 cover their faces as they cry, “Holy, holy, holy!” Proverbs reminds you repeatedly that the fear of the Lord is the beginning of wisdom. God describes Job as one who fears him. Mary’s Magnificat sings of God’s mercy to those who fear him. 1 Peter 2:17 reminds you to fear God. “The fear of God which is the soul of godliness does not consist, however, in the dread which is produced by the apprehension of God’s wrath. When the reason for such dread exists, then to be destitute of it is the sign of hardened ungodliness. But the fear of God that is the basis of godliness, and in which godliness may be said to consist, is much more inclusive and determinative than the fear of God’s judgment. . . . The fear of God in which godliness consists is the fear which constrains adoration and love. It is the fear which consists in awe, reverence, honour and worship, and all of these on the highest level of exercise.” (John Murray, Principles of Conduct, p. 236).

Keep from sinning. That fear, that reverential awe, is given you to keep you from sinning. With all of the differences between you today and Israel in the Old Testament, keep in mind the common theme: God summons you to live in covenant fellowship with him. And those in fellowship with him are summoned to love and obey him. Jesus said, if you love me, keep my commandments. Romans 6 reminds you that obedience is crucial to your life in Christ. You can obey because you are united with him in his death and resurrection. And there is one more step.

Your Mediator has ascended. Moses became the mediator between the people and God. On behalf of the frightened people, Moses ascended the mountain to speak with God. He assumed the role of mediator—representing the people to God, and God to the people. The content of much of the rest of Exodus flows out of those conversations between the Lord and Moses on Mount Sinai. Moses was a good mediator, but he was only human. You have a better one.

Your greater mediator has gone up. Your Mediator is truly human. He knows you. He understands what it is like to be tempted. He is also truly God. This makes him uniquely equipped to be the perfect mediator between God and man, 1 Timothy 2:5. Hebrews 3 reminds you that Jesus is greater than the greatest Old Testament prophet, Moses. He tells you that the risen, ascended, exalted Christ lives to make intercession for you, Hebrew 7:23-25. Perhaps the most overlooked event in Christ’s work is his ascension, but it marks the beginning of what he does for you and for all of his people between his first and second comings.

Because he is at the right hand of the Father interceding for you, you no longer need to be terrified of God. But never lose that deep, reverential awe.