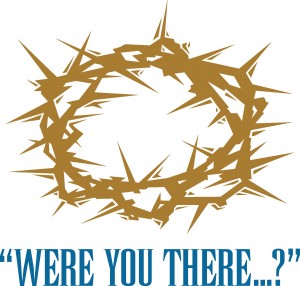 As you focus on the suffering and death of your Savior, come with the Apostle John to where he takes you in John 19:25-27, the foot of the cross. In the midst of his pain Jesus takes time to speak to his mother and to commit her to the care of the disciple whom he loved (that is how John identifies himself in his Gospel). Jesus is concerned about his mother. He prayed for the four soldiers who nailed him to the cross. He spoke with the thief. He entrusts Mary to John. He died, not for a concept or an ideal, not for humanity in the abstract, but for each one of those the Father had given him.

There is a certain cutting of ties, an isolation in Jesus’ action. He is replacing the mother-son relationship between Mary and him with a mother-son relationship between Mary and John. In a real sense, Jesus is going to face death alone–even though there is a thief on either side, soldiers at the foot of the cross, and not too far distant both the faithful women and the mocking crowds. Yet Jesus is alone as the sin-bearer.

What must be going through Mary’s mind as she watches her Son suffer and die? Is Mary remembering the incident John records at his Gospel’s first mention of her, when she informed Jesus of the shortage of wine at the wedding in Cana? Jesus had told her that his time had not yet come. Could this be what “his time” means? Yes, this is his time, and Jesus entrusts Mary to John because his work of the next few hours and days involves not his family, but his people. He acts, not just as the Son of Mary, but as the Son of Man, the Messiah, the Redeemer.

As Klaas Schilder puts it in Christ Crucified, “Christ blesses His mother. He gently leads her from the natural union with ‘Jesus’ to the mystical union with ‘Christ.’ He removes the form of ‘Jesus,’ in order that the figure of ‘Christ’ may take form in her.”

Mary was learning a difficult, but important lesson. As much as she loved her Son (and as much as we properly honor her for being the mother of our Lord), she would have to put that relationship in a secondary place. The care that a son would provide would now be provided by John. Mary would have to see her Son first of all as her Savior. Do you see him that way?