An inheritance is something that parents may try to build and leave for their children or grandchildren. It may be anticipated by the intended recipients. We think of receiving an inheritance from God—but do you think of yourself as his inheritance? Moses uses that language in Exodus 34:9. What does it mean for you to be God’s inheritance?

God gives you your inheritance. God gives what he has promised. God had made his promise to Abraham, first in Genesis 12, then amplified in Genesis 15:12-20, the he would give his descendants the land. That this is an inheritance gift is emphasized by God referring to Israel as his firstborn son, Exodus 4:22. He underlines his gracious gift in Exodus 19:3-6 and Psalm 135:12. That gift of the land to his people anticipates all the glories of the new heavens and earth which we inherit as sons and daughters of God. END_OF_DOCUMENT_TOKEN_TO_BE_REPLACED 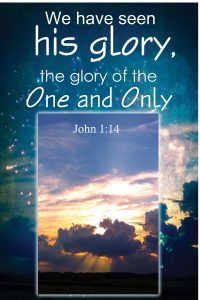 You cannot see your God and live. Moses was uniquely close to God. Although he did not hold the title of king, he was the leader of God’s people as he brought them out of Egypt. He filled a priestly role as he interceded for the people and offered sacrifices. But the title often ascribed to him is prophet. He brought the revelation of God to the people. But he was not just a prophet among others. God spoke directly with him in a way unlike any mere human being. “As Christ reveals the Father in virtue of a most direct and an uninterrupted vision of Him, and not in result of isolated communications, so Moses, though to a lower degree, stands nearer to God, and is more in all that he speaks and does the mouthpiece of God than any subsequent prophet.” (Geerhardus Vos, Biblical Theology, p. 120). END_OF_DOCUMENT_TOKEN_TO_BE_REPLACED 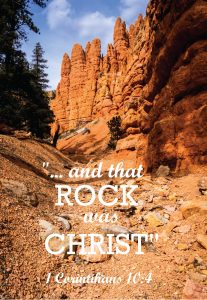 You resemble what you worship. Idolatry ignores God’s Word. God had spoken the Ten Words. Moses ascended the mountain, where God engraved those commandments in stone as a covenant document. Further, he showed Moses the heavenly pattern for the tabernacle and it furnishings. In Moses’ absence, the hearts of the people turn from the Lord to an idol. They demand a visible God, and Aaron acquiesces, forming the golden calf. This may be a violation of either the First or Second Commandment (or both), and possibly the Seventh. God sends Moses down to the people. Idolatry this blatant may seem to be a distant, primitive problem, but our hearts are idol factories, as Calvin remarks. We find excuses for thinking that what God says doesn’t really apply to us. We choose to go our own ways. We put things, career, money, self, ahead of God—and make them idols. Israel’s problem is our problem. END_OF_DOCUMENT_TOKEN_TO_BE_REPLACED 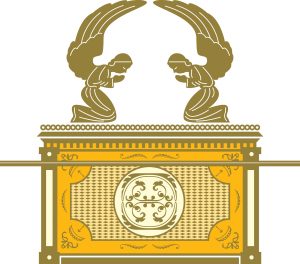 The ark of the covenant expresses the majestic holiness of God. Cherubim guarded the symbolic throne of God. The most holy place, unlike the temples of surrounding nations, contained no image of the god that was worshiped. It was not a place where the devotees could come into the presence of their deity. Rather, the most holy place was windowless and dark, entered only once a year by the high priest. The one piece of furniture in it was the ark of the covenant. This was a wooden box (roughly 45” by 27” by 27”) made of acacia wood, overlaid with gold, inside and out. It had a gold covered rectangular cover, called the atonement cover or mercy seat. On it were two cherubim, angelic beings that seem to have served as heavenly throne attendants for the Lord, see Genesis 3:24; Revelation 4, Psalm 80 and 99; also Isaiah 6. This cover was the symbolic throne of God, the place where he who dwells in the heavens came down to be in the midst of his covenant people. “Especially the presence of the ‘Kherubhim‘ [cherubim] upon the ark in the most holy place gives a majestic expression to the majesty-side of the divine holiness. These Kherubhim are throne attendants of God, not ‘angels’ in the specific sense of the word, for the angels go on errands and carry messages, whereas the Kherubhim cnno tleave the immediate neighborhood pf the throne, where they have to give expression to the royal majesty of Jehovah, both by their presence and and their unceasing praise (Isa. 6:3; Rev. 4:8, 9).” ( Geerhardus Vos, Biblical Theology, p. 167). The ark, together with the tabernacle and its other furnishings, was not a bare sign point forward to something better (though it certainly was that). Rather, it was also the place where God, mysteriously and sacramentally made connection with his people. Here is where he extended his grace and salvation to them. END_OF_DOCUMENT_TOKEN_TO_BE_REPLACED

How important is what you wear? Do clothes make the man? In Exodus 28:15-30, and the rest of the chapter, God gives detailed instructions as to what the high priest is to wear.

Aaron’s robes identified him as high priest. His attire set him apart. The garments of the high priest showed that he was not just an Israelite among his fellow countrymen. He was functioning on their behalf as he entered the presence of God in the tabernacle. The other priests also had priestly garments, but God’s instructions to Moses focus on what the high priest was to wear. This was not a volunteer or self-appointed position. Rather, God called them and set them apart to their office (Exodus 29 has some of those details). The priest represented the people before God. “These garments showed that those who wore them were not ordinary Israelites, but Israelites who had been ‘set apart’ from the rest of the people (v. 1) to serve as priests.” (W. H. Grispen, Exodus, p. 263). END_OF_DOCUMENT_TOKEN_TO_BE_REPLACED