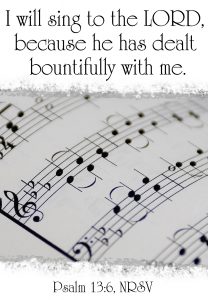 Cry, how long? How long will the Lord forget you? We don’t know the details of David’s situation when he wrote this plea. Is he reflecting on the Lord’s blessing he had experienced after defeating Goliath and enjoying the favor of King Saul—only to be followed by desperate escapes and intense persecution? Was he dealing with some other enemy? The discouragement is intense—he repeats the question four times. Does God really forget? Will he truly hide his face from his people? It is not that God has amnesia. Rather, his hearing, remembering, and seeing are preludes to his action (see Exodus 2:24-25), and action by God is what David finds lacking—or so it seems. That leads to David debating with himself. How does what I know about God, what he has said about himself, the faithfulness I have experienced, how does that fit with his seeming silence? It’s not wrong to wrestle honestly with those hard questions. Habakkuk borrows the same language as he experiences the ungodly behavior of the covenant people. The souls of the saints under the altar in Revelation 6 echo the cry. Believers who have seen their numbers decimated by martyrdom pray this Psalm. END_OF_DOCUMENT_TOKEN_TO_BE_REPLACED 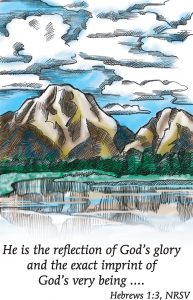 You may think of slander when lies come to mind—falsehoods that directly attack. Interestingly, David focuses on flattery. Flattery is rooted in deception and is as destructive of a direct attack.. The Hebrew idiom, appropriately, is “a heart and a heart” (think of “double minded”). David, like James many years later, understands the source of lying. “They speak with a double heart. The original is, ‘A heart and a heart:’ one for the church, another for the change; one for Sundays, another for working days; one for the king, another for the pope. A man without a heart is a wonder, but a man with two hearts is a monster.” (Charles Spurgeon, The Treasury of David, on Psalm 12:2). END_OF_DOCUMENT_TOKEN_TO_BE_REPLACED