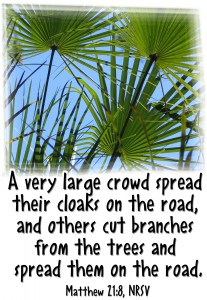 Rejoice that your Savior has come. Recognize your need for your King. The prophet Isaiah was a contemporary of King Hezekiah. The southern kingdom of Judah, where he reigned, witnessed the destruction of the northern kingdom of Israel by the cruel Assyrians, who also threatened them. While God delivered them, Isaiah’s prophecies also warned of a future captivity at the hands of the Babylonians that would result because of the sin of the southern kingdom. Isaiah not only warned of future judgment, he also proclaimed the word of the Lord about future deliverance. While this would include restoration, it looks beyond that to the coming of a King who would deliver from sin. Matthew, appropriately, reminds his hearers that the events of the triumphal entry were in fulfillment of Isaiah’s prophecy, as well as Zechariah 9 and Psalm 118. The crowds that welcomed Jesus into Jerusalem shouted praises without fully understanding the prophecies they were quoting. They welcomed Jesus, but missed the kind of Savior he truly is. Even the disciples were able to piece this together only after the resurrection and ascension of Jesus. “What is given is a command to all who are to enter Zion to prepare the way for such an entrance. They are to clear the way of stone and to raise a banner high above the nations to enter Zion in triumph and victory. The reference is not to earthly Jerusalem but to the Zion of God, and the picture is that of Zion’s exaltation at the great influx of people. If there be any reflection upon a return from Babylonish captivity it is only as an example of this great return. The exiles and the nations come not merely from Babylon but from the far corners of the earth where they have been scattered. They come from a state of estrangement from God into the household of faith. . . . The Lord has come to Zion, and with Him is a great multitude, the reward of his own labor through which the Church is greatly enlarged.” (E. J. Young, The Book of Isaiah, Vol III, NICOT, pp. 472-473). END_OF_DOCUMENT_TOKEN_TO_BE_REPLACED 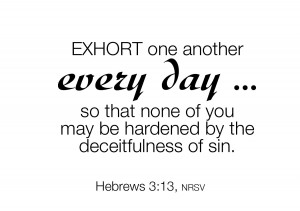 Why is procrastination dangerous? According to Hebrews 3:13, you run the risk of failing to trust in the living God in the opportunity he gives you today.

The time is today. Today helps explain if. The if of Hebrews 3:6 is a call to perseverance. Hebrews 3:7–4:13 is an amplification of that call. Your salvation is a present reality. You are in the last days, Hebrews 1:2. God has spoken definitively. Christ has accomplished the work of redemption, Hebrews 1:3. The Lord’s Supper assures you that that work has been completed. He is crowned, Hebrews 2:9, and you are his brothers, Hebrews 2:11, 3:1:12. You are the house of God, Hebrews 3:6. Your salvation is not yet fully realized. There is a certain tension to the Christian life. You are the house of God, Hebrews says, if. . . . (Hebrews 3:6). The Christ who was sacrificed once for all, is still coming to bring salvation, Hebrews 9:28. You are strangers and pilgrims in this earth, Hebrews 11:13. In our Scripture reading, your position is parallel to that of Israel in the desert. You are still looking for the promised rest. END_OF_DOCUMENT_TOKEN_TO_BE_REPLACED 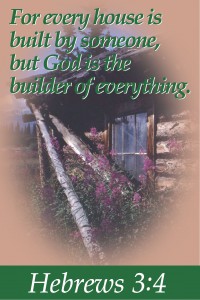 Does your relationship with Christ seem at times to fall into a less than meaningful routine? Hebrews 3:1-6 tells you to focus on Jesus, who is faithful over God’s house.

Focus on your faithful mediator. Jesus is a greater mediator than Moses. Moses, according to Numbers 12:6-8, was a faithful servant in God’s house. House here was not the tent of meeting or the later temple. Rather, it is God’s people who are the house of God. The occasion for Miriam and Aaron’s jealousy was the unique place Moses had in representing the people before God and God to the people. He was the great intercessor of the Old Testament, speaking with God face to face. Yet, he was only a servant. Christ’ role is that of Son in the house in which Moses was a servant. As faithful as he was as a servant, Moses was a sinner. Christ was perfect. While Moses brought God’s Word down from the mountain, Jesus bridges the distance between heaven and earth, between a holy God and a sinful people. Notice how often faithful is used in the text. Moses was relatively so—Christ perfectly. END_OF_DOCUMENT_TOKEN_TO_BE_REPLACED 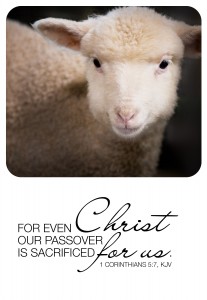 Understand how merciful your high priest is. Christ had to be made like you. He had to become truly human to be your Savior. Christ is not an extra-terrestrial visiting earth. He knows your temptations, sufferings, and problems. He knows the temptation that proceeds from suffering, thus he is able to help you when you are tempted. He was a child, a teenager, a young adult. He experienced abandonment, helplessness, and suffering that sometimes come with aging. Yet in all of this he never sinned. Thus he delivers from the devil and the fear of death, verses 14,15. Notice that Hebrews does not tell you that as the almighty, eternal Son of God Christ defeated Satan. His victory over Satan came as he took upon himself your humanity, as he entered your weakness, as he suffered here on earth, culminating in his sacrificial death. In that weakness is his victory–and yours. No foe is too powerful for him, or for you, as you rest in him. END_OF_DOCUMENT_TOKEN_TO_BE_REPLACED