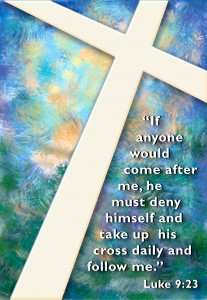 Why would you not follow Jesus? Why would you not be his disciple? He had healed the son of a nobleman from Capernaum, in the synagogue of which he was teaching. He had fed the 5,000 on a mountain across the lake. He delivered a powerful message in the synagogue. Yet, because of what he said, many of his disciples turned back and no longer followed him. This, like the comment the crowd made, is a hard teaching, John 6:60-71. We have a fuller knowledge of who Jesus is, and yet many seem to follow, then no longer do so. That is something that is being worked out in the life of the church, including this congregation.

A large crowd had begun following Jesus. He had performed miracles of healing, then had fed the 5,000. The crowd recognized an echo of Moses, who had provided manna. The crowd had been ready to make him king, willing or not. They continued to follow him to the other side of the lake, END_OF_DOCUMENT_TOKEN_TO_BE_REPLACED 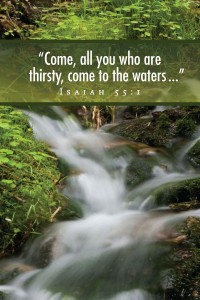 While it is true that the Father has chosen his people from eternity, John’s focus here is on something the Father does in time: he END_OF_DOCUMENT_TOKEN_TO_BE_REPLACED